Two large technology events, the Silicon Dragon and the Digital Entrepreneurship Leadership Forum (DELF) took place in Cyberport last week (April 2015), with a few hundred industry participants attending. Over and over, the same two themes emerged. First, whether you like it or not, the next wave of innovation (dubbed digital tsunami 2.0) is upon us, and we need to embrace it. And second, the time to act is now. If the 2000s saw the digital tsunami 1.0, then Digital tsunami 2.0, the next big wave of innovation, is definitely here. Half the planet will be connected by 2020, with 4 billion smart phones, 1 billion connected homes, 50 billion connected devices and 100 million connected cars. But why is it important to stay on top it version 2.0? 80% of the world’s 100 largest companies will not be on the list in 30 years. The critical question is how can you stay relevant? How can you make hugely profitable businesses that cater to the current generation of fickle customers who have too many choices at their disposal?

Here are six major themes from both events that can help you stay on top:

1. Large corporations in APAC are not at all prepared for the next wave

As Singapore based venture capitalist Roger Sharp put it in his opening at DELF, a study that looked at 800 directors of the top 20 listed companies in Hong Kong, Singapore and Australia found that only less than 10% has experience or previous exposure to technology. What’s more, if you take out the telecom companies, that figure drops to less than 5%. Are large corporations in APAC ill prepared for the new era? You bet.

2. Technology is destroying jobs faster than it is creating them in advanced economies

According to Sharp, the early 2000s saw many industries disrupted, affecting billions of profits and countless jobs. The conventional travel agency model for instance, has been significantly impacted, with nearly half of global flight transactions booked online today. The way we listen to music has never been the same ever since Apple introduced the Ipod and many people’s favorite pastime – retail therapy, has since seen tremendous pressure to adapt and adopt ecommerce.

A rather poignant example Sharp used is the newspaper industry – a prominent Australian newspaper group that once dominated the highly lucrative classifieds market such as real estate, jobs and automobiles now is dwarfed in size (2.5 billion US dollars) compared to the e-businesses of those classifieds combined which is multiple times that size. The truth is, technology is destroying jobs faster than it is creating them in advanced economies. Here is a look at where the future might lie for various industries and see where your future may lie. The size of the circle reflects the amount of jobs gained or lost. Renewables & environment, internet and online publishing are the three areas that see the biggest growth while newspapers, restaurants and retail segments will see significant shrinkage in job opportunities.

Giant markets will be created in the near future, and the biggest among them would be the $300 billion sharing economy, the $200 billion cloud technology market as well as the $100 billion big data market. A phenomenon worth noting is peer to peer (P2P) lending. Hong Kong based company WeLab, aims to disrupt traditional credit services. Founded in 2013, WeLab has facilitated close to a billion HK dollars in loans through its flagship platform WeLend. According to Simon Loong, founder and CEO of WeLab, the vision is to democratize access to financing and improve the efficiency of the lending process, shortening the time required for the application processing time from a few days at the banks down to a matter of minutes through its big data-rich high tech platform. P2P lending has huge potential, with its US counterpart Lending Club facilitating 4.4 billion US dollars in 2014 alone. Welend closed Series A funding from top investors such as Li Ka Shing and Sequoia Capital in early 2015 and will use the money to expand into China. With the country’s huge potential due to population and unfulfilled loan needs, P2P lending is a space worth watching.

4. Sharing economy – sharing is caring and it is here to stay

Uber and Airbnb have disrupted the way we use transportation and accommodation. The sharing economy provides a system that allows people to share underutilized assets in their possession with others who are willing to pay to use it. Both Uber and Airbnb entered Asia at roughly the same time, and have seen explosive growth since.

According to Henek Lo, Airbnb’s Head of China Expansion, 76% of Airbnb listings around the world are located outside traditional hotel districts. This allows travelers to experience living like a local by skipping conventional “tourist spots” frequented by hotel patrons and benefit businesses surrounding the Airbnb listed properties. Nearly half of Airbnb’s hosts need the income from Airbnb to help pay bills while its guests also tend to stay longer (5 nights on average, longer than the typical tourist’s 2.8 nights). As Lo put it, right now is only “Day 2 of the sharing economy” and it is only going to get bigger.

5. Which geographies should you have a presence in?

China and India are the most important markets technology companies should be targeting, according to speakers at the Silicon Dragon. Candice Lo, Uber’s Head of Greater China expansion, revealed China and India are Uber’s top priorities, with the company dedicating engineering and product development resources there. Already in ten cities in China, Uber is also localizing by forming a strategic partnership with Baidu, which bought a sizeable stake in the company late last year. Baidu is China’s largest search engine and its Baidu Map service has 240 million monthly active users alone. The Uber app in China will integrate Baidu Maps.

China and India are also high on the list for Guru Gowrappan, the COO of Quixey, a company that believes mobile search is broken and that the future of mobile engagement is in rich, content-focused discovery inside apps. To Gowrappan, China is now leading the way in innovation and has since become Quixey’s most important market despite its roots in Silicon Valley. Gowrappan echoed comments from Uber’s Lo on the importance to localize in order to build a strong footprint in China. Quixey recently successfully closed a series C1 with Alibaba as an investor and is building its China operations. Gowrappan says it is key to have a “true alignment of vision” whereby companies and their local partners agree on a long term road map as Quixey has done with Alibaba.

And whilst you are on China, don’t forget about India. Gowrappan thinks India is about five years behind China and he has seen a shift in the Indian government and conviction towards change and innovation. Advice from Gowrappan? “Build China and India, and do it now”.

6. So how do you start a highly successful business?

It is now cheaper than ever to run your own business, with improved access to technology, so where do you start? Begin by identifying a problem to solve. Uber started as a lifestyle app that allowed the founder Travis Kalanick to share rides with friends using a smartphone. Airbnb started when cofounders Brian Chesky and Joe Gebbia started renting out their mattresses and soon realizing people’s accommodation is people’s most underutilized asset. Great businesses start with an idea coupled with execution that focuses on the users, which brings me to Xiaomi’s cofounder KK Wong’s who made a keynote speech at DELF. Hong Kong Borne and raised, the engineering trained Wong quit his long tenure at Microsoft after a four and a half hour meeting with Lei Jun.

Xiaomi’s rise to the throne as the #1 cellphone maker in China, the world’s largest handset market, in five short years has been nothing short of miraculous. It set the Guiness Record by selling 2.11 million mobile phones in 12 hours and had a staggering 254 million US dollars during last year’s Single’s Day flash sale on 11 November. At DELF, Xiaomi’s cofounder, KK Wong, shared Xiaomi’s success formula of winning the hearts of the Chinese consumers without a lavish marketing budget, he outlined the strategy simply as:

Making your product go viral is very simple: exceed the users’ expectations, and they will do the word of mouth marketing for you. This strategy has proven highly successful after creating legions of die-hard Xiaomi fans who are known to go out of their way to support the brand.

Finally, the wave of innovation is happening now and it is happening fast. “Just do it and enjoy it” were Wong’s final advice to budding entrepreneurs at the DELF.

An Act of Kindness with Navin Arjun Soni 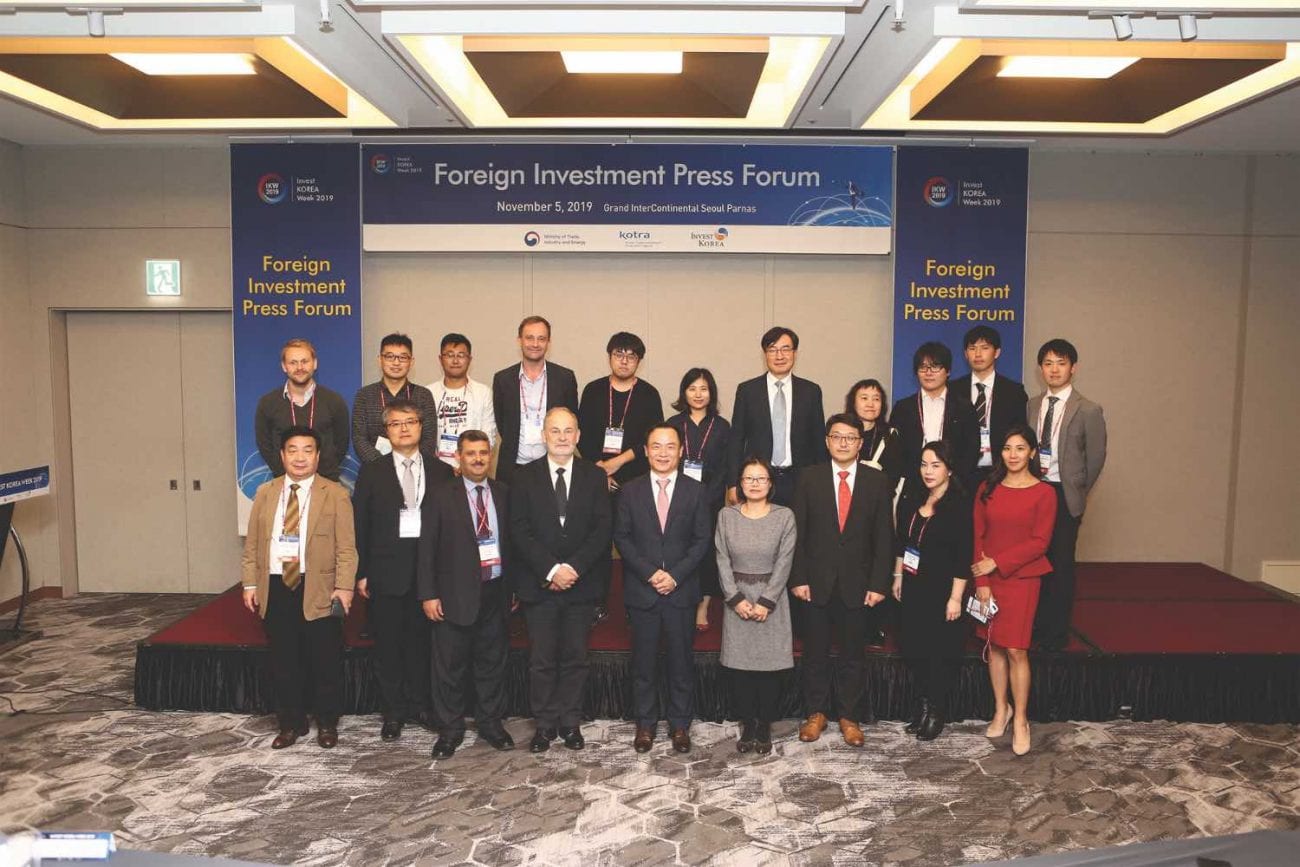